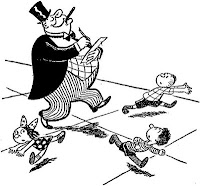 I hated the idea of building another 5,000-student high school in L.A. Especially one built on a toxic site. But now that it's built, the Belmont Zone of Choice with its autonomous small schools (Pilot Schools) for students in downtown L.A. looks interesting.