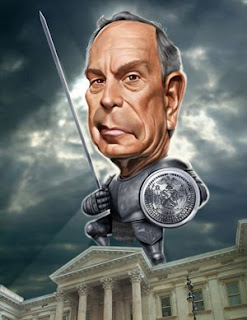 If you aren't for me running things, "you want to ruin the schools."

The mayor wants to "drag" senators back to Albany, by force if necessary, and make them pass mayor control legislation. As for those who still think mayoral control is up for further discussion--Bloomberg says, hell no.

“You wonder what goes through their heads,” he said, adding that the time for negotiations over mayoral control had passed. “It’s over. It’s stopped. You just can’t do that.” (Gotham Schools)