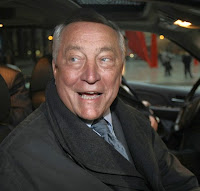 Unbelievable. “Fast Eddie” only pleaded guilty to a $1.5 million university rip-off scheme so he could get in front of Judge Milton Shadur instead of a jury. Shadur then cut him loose with no jail time. (CBS2) (Mark Brown)
Posted by Mike Klonsky at 12:10 PM No comments:

Email ThisBlogThis!Share to TwitterShare to FacebookShare to Pinterest
Labels: Chicago

Putting the profit back in 'non-profit' 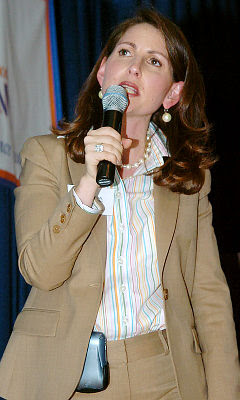 If you're counting, that means Moskowitz, who is responsible for four schools, makes more than Chancellor Klein, who gets $250,000 to run 1,400 schools. Now she says, she wants to operate 40 schools. It's impossible to know how Moskowitz' schools are performing since the DOE hasn't ever posted any independent test results. Moskowitz says her schools are going great but complains that they're "underfunded."
Posted by Mike Klonsky at 10:04 AM 4 comments:

While schools hope for the best and prepare for the worst, Fordham think-tankers Chester Finn & Mike Petrilli, writing in the National Review, are calling for more pain, more lay-offs, and bigger class sizes. They attack Obama for trying to "placate...union bosses," and predict failure for his economic stimulus, and education program, which they claim will "fail in the market for educational reform."

In other words, for all the “pain” he’s asking Americans to share, where’s the pain for the education system? ...When will the “day of reckoning” arrive for our schools?

Posted by Mike Klonsky at 4:10 AM No comments:

A reader's comment forced me to go back and re-read Deb Meier's review of Barack Obama's speech and I'm afraid I misrepresented Deb's critique. While it's true that she was highly critical of the education part of Obama's speech, which is certainly understandable, I made it seem like she "found nothing to support" in the entire speech. Knowing Deb as I do, and knowing that she is now and has been a strong and consistent, while at times critical Obama supporter, I'm sure there was plenty in the rest of the speech that she might have applauded. But that's not what she was writing about. That should have been obvious. My apologies to my friend (still, I hope), colleague and teacher Deb Meier.
Posted by Mike Klonsky at 2:59 AM No comments: 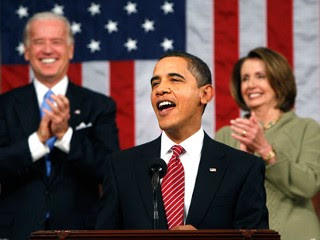 Sadly, my friend Deb Meier finds nothing to support in Obama’s speech or in his education plan. Or if she really does, she won't mention it. Oh well. At least she didn’t call his month-0ld administration, President Bush’s “third term in education policy” like her blog partner Diane Ravitch did ("Is Arne Duncan Really Margaret Spellings in Drag? “).

While I share some of the same criticisms of Obama’s speech and of his developing program, I think Deb attributes much more to him than he deserves and puts some words in his mouth in order to knock them down. For example, Deb accuses Obama of "confusing tests with being well-educated." Of course, he never said anything like that.

Labeling a school and its students as failures one day and then throwing your hands up and walking away from them the next is wrong. (Applause.)

And don't tell us that the only way to teach a child is to spend most of the year preparing him to fill in a few bubbles on a standardized test. (Cheers, applause.) I don't want teachers to the -- teaching to the test. I don't want them uninspired and I don't want our students uninspired. (Applause.) So what I've said is we will measure and hold accountable performance, but let's help our teachers and our principals develop a curriculum and assessments that teach our kids to become not just good test-takers. We need assessments that can improve achievement by including the kinds of research and scientific investigation and problem-solving that our children will need to compete in a 21st century knowledge economy. And we have to make sure that subjects like art and music are not being crowded out of the curriculum. And that's what we will do when I'm president of the United States. (Cheers, applause.)

Not bad. Anyway, her essay is certainly worth reading--as always. And thanks once again, for plugging my blog (and Mike Rose's) Deb.

“And we will expand our commitment to charter schools.”

But judging by the various strong reactions over in The Arena at Politco you’d think that was the subject of the speech…or even just the education part…rather than a single sentence.

Gee, I wonder why they didn’t pick out words like, “historic investment in education?”

Who invented the automobile?

Did Barack really say that the automobile was an American invention?

Not so. The gasoline-powered car was actually invented by Al Gore Karl Benz (as in Mercedes), who obviously didn’t realize what a jam he was sticking us in, back in 1878. His invention did help pull Germany out of its post-WWI depression and was central to Hitler’s re-industrialization plans. Henry Ford, an admirer of Hitler's created assembly-line production. Some say, the beginning of the end for capitalism.