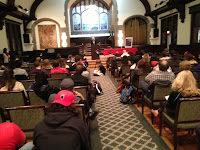 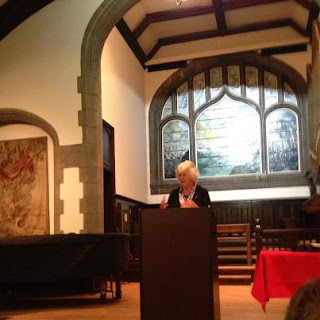 There was a good turnout of students and faculty Monday night at Lake Forest College, to hear Deborah Meier speak on the topic of "Democracy is more complicated than rocket science: So why don't we teach about it?" Wow! That's a brainfull.

Here's my headline of the week. It says a lot. 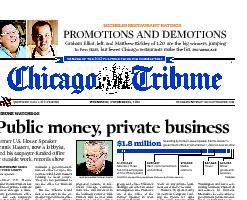 The growth of charter schools

NYT reports that between 2010-11 and 2011-12, the number of students in charter schools increased close to 13 percent, to just over two million.


New Orleans, where the city’s schools were essentially destroyed by Hurricane Katrina, leads the nation in the proportion of students in charter schools, at 70 percent. But in six other districts, including Detroit, Washington, D.C., and St. Louis, more than 30 percent of public school students attend a charter school.

As you might expect, these are all school districts heavily populated with black and Latino students. The pattern breaks slightly in Clark County (Las Vegas), Nevada, the nation's fifth largest school district, where charters are growing at the fastest rate in the nation. There white students still make of a slight majority of charter school students but district charters are highly segregated. Charters like 100 Academy of Excellence and Agassi, for example, are about 90% African American while the other charters have only a sprinkling of African American kids.

The school district is the largest single employer in Clark County and the rapid growth of privately-run charters signifies a growth in non-union jobs.