Remembering Central Falls, I hear that Duncan is staying put 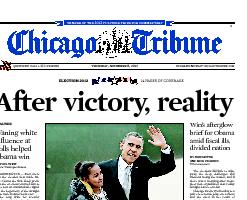 Anonymous reader points to Lynn Sweet's column in the Sun-Times which tells us that Arne Duncan wants another term and "there is no plan for a change."

While I'd be happy to see Duncan go, I'm not so concerned with that now, since it would only amount to a cosmetic change at best. Obama shows no sign of evolving in his understanding of education reform and it's clear (to me at least) that Duncan was never capable of an original thought on the topic. He's only doing what the president and DFER hedge-fund "reformers" tell him to do vis-a-vis Race To The Top, teacher unions, privatization, testing, etc...

I'm reminded of this as I head off the Providence for the Coalition of Essential Schools Fall Forum where in neighboring, economically devastated  Central Falls, the current war on teachers, their unions, and public schools began full-force in 2010. I'm recalling that it was not only Duncan, who heaped praise on Rhode Island's moronic state superintendent Deborah Gist for firing the entire Central Falls H.S. faculty and staff, but the president as well. Duncan called the cowardly deed "courageous",  but Obama was quick to join in and publically second the motion.

So regardless of which bureaucrat fills the DOE seat, we will be back in the schools and in the streets struggling to save our schools. I'm taking seriously, the words Obama himself imparted the other night in Chicago.