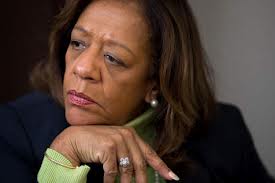 So this is why Byrd-Bennett was brought in to replace the bumbling Brizzard. Where he played Rahm's fool, she's the sleight-of-hand magician -- now you see it now you don't. She tells Rahm: You want 200 school closed without a community rebellion? Keeping the aldermen in line?  Watch this!

Let us close 100-200 schools in the next year, she tells the City Club:, and then we'll give them a five-year moratorium on closing schools. That's the "deal" she's now offering to Illinois legislators. If CPS is to close schools in the next year it must, by law, deliver a list of proposed closings to the Legislature by Saturday. Byrd-Bennett has asked for an extension of that deadline to March 31, which would mean beginning to close schools over the summer when most students and teachers are not in school and it is harder to organize resistance.


The Chicago Teachers Union and Parents United for Responsible Education panned the speech and demanded that no schools be closed. "It sounds as if the mayor is saying, 'I promise to stop beating you after I get in this last round of punches,'" PURE wrote on its website.

Reuters reports on the CTU's response:


"Today's announcement is nothing more than a sleight of hand," the Chicago Teachers Union said in a statement. "How can the district cry 'under-utilization' as a justification for school closings while it simultaneously approves the opening of new charter campuses?"

More reasons for an elected school board in Chicago.