A call for Obama to change course on ed reform 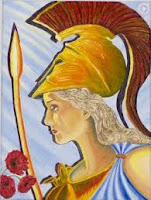 Athena on my mind

I'm hoping to be able to get to Providence tomorrow for the start of the Coalition of Essential Schools Fall Forum. I'm on a panel with Deb Meier and Xian Barrett from the CTU about the strike and ongoing struggle for public education in Chicago. But now I hear that Athena is battering the east coast, cancelling lots of flights. Better pack my snow shoes.

My pre-travel reading includes an excellent piece, "A call for President Obama to change course on education", in yesterday's WaPo by Arthur H. Camins who's the director of the Center for Innovation in Engineering and Science Education at the Stevens Institute of Technology in New Jersey.


Is there evidence to support the notion that private sector innovation in product quality – not short-term profit — is advanced by fear?  Is there evidence that fear and competition will spur more effective teaching?  If anything, the evidence suggests the opposite.  There is no credible evidence to support the reformers’ theory of action that merit pay and of the threat of firing of presumably low-performing teachers will drive systemic improvement.  It is pure unsubstantiated ideology.

It's a good companion piece to Bill Ayers' Open Letter to President Obama.

There's lots I skipped over in my election hangover post yesterday. As Hoosier Daddy commented, I should have mentioned the defeat of  State Supt. Tony Bennett in Indiana.


Bennett was the arch enemy of public schools. He was responsible for pushing "reform", which included school takeovers, vouchers, and privately run charter schools. He was defeated by Glenda Ritz, who was outspent by Bennett's billionaire backers 4-1. She's a veteran teacher and teachers union leader, who campaigned on halting corporate school reform. A great victory!

Then there was the passage of Prop 30 in California, which will raise income taxes on the wealthiest citizens in the state and temporarily increase the state sales tax by a quarter of a cent to fund K-12 schools, community colleges and state universities.

It's most interesting and exciting to see how these ballot initiatives are changing the political landscape and how they are no longer owned by the right-wing. Victories for marriage equality initiatives in four states are a prime example. They're not a panacea. They're expensive and require lots of legal skill, strategic planning and organizing. But with another four years of legislative gridlock on the horizon, such initiatives can be a great organizing tool for participatory democracy.

How about a Prop 30 here in Illinois to go along with our elected school board initiative?
Posted by Mike Klonsky at 6:00 AM

Email ThisBlogThis!Share to TwitterShare to FacebookShare to Pinterest
Labels: Obama