Finally got the news how my dues are being used 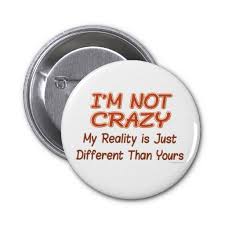 I'm a life-long union guy and always will be. It's in my DNA. I'm also a dues-paying member of AFSCME (Retirees)  the union I have counted on over the years to fight to protect my state university pension.

Yesterday, I received an email from Chapter 31 President Virginia Yates and Henry Bayer, the Executive Director of AFSCME Council 31, both asking me to contact my State Representative to urge him to support the latest pension-bombing bill, SB 2404. The reason? They tell me that Sen. Cullerton's SB 2404 is a "much more reasonable approach" than Speaker Madigan's SB1 bill. Since neither pension bombing bill sounds "reasonable" to me, I wrote Yates this response:

If I indeed did call my representative urging him to support SB2404, he would probably think I was nuts on two grounds. First, if he had any sense, he might wonder why in the world would I want the legislature to pass any bill assaulting my meager pension and the health care coverage for me and my family, simply because it "wasn't as bad" as some other pension-busting bill. Second, he might wonder why I'm now asking him  to support a bill that I have been demanding he oppose for the past few months.

Finally, now even my friends and fellow retirees are questioning my sanity for being a member of an organization like AFSCME Chapter 31, which has no other reason for being than to fight for us retirees, and yet is using our dues money to support a bill which is not only unconstitutional, but could end up taking away thousands of dollars in pension payments over the next few years as I am made to choose between my health care and my badly-needed cost-of-living increases.

Email ThisBlogThis!Share to TwitterShare to FacebookShare to Pinterest
Labels: pensions