Ravitch in the L.A. Times

So we're left with the knowledge that a dramatic expansion in the number of privately managed schools is not likely to raise student achievement. Meanwhile, public schools will become schools of last resort for the unmotivated, the hardest to teach and those who didn't win a seat in a charter school. If our goal is to destroy public education in America, this is precisely the right path. ("The Big Idea--It's bad education policy") 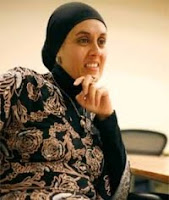 Fired principal was victim of bias

“There is no question that this is an important step in the road to her ultimate vindication,” said Alan Levine, Ms. Almontaser’s lawyer. “Up until now, the D.O.E. has really had its way and hasn’t had to answer for its actions.”(NYT)

You've got a friend

George Bush could have not realized how much of a friend President Obama would be to his No Child Left Behind initiative. Obama bashed NCLB when he was running for president, saying that obsession with high-stakes standardized tests was no way to run an education system. But Saturday we learned the vision that Obama and his education secretary, Arne Duncan, have for the post-NCLB era, and, unfortunately, it doesn’t look much different. (Valerie Strauss, The Answer Sheet)

Rosemarie Ochoa, a fifth-grade teacher who's in her third year with the San Lorenzo Unified School District, said she was pulled out of class Monday by a district official bearing a pink slip.

"I smiled at her because I knew what she was there for," said Ochoa, 28, who was among 76 of the district's 640 teachers who got a notice this week. "Then I had to go back to my students and retain my composure."(ABC News)