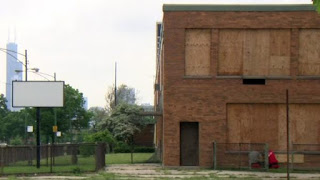 The out-migration of African-Americans from the largest U.S. cities continues unabated, changing the face of urban politics, culture and education.

Greg Hinz at Crain's reports that the Chicago area is on track to become mostly people of color by 2020, a historic shift with major cultural, economic and political impact. But in Chicago proper, gentrification has created a different story -- whitenization.


The shift is almost entirely concentrated in the suburbs, with, for instance, roughly one in three residents of Will, DuPage and Lake Counties now from minority groups, up from one (or fewer) in four in 2010. In suburban Cook County, the minority share of the total population has gone from 33 percent in 2010 to 45 percent.

But the story in the city is different.

The current population growth in the entire Chicago metropolitan area is being fueled almost entirely by the influx of Latinos and Asians. The white wealthy and middle-class newcomers to city are mostly younger people without families. That brings with it a declining public school population.

In the city itself, skyrocketing costs of living combined with the loss of living-wage jobs, public housing and neighborhood schools, cuts in infrastructure, social services and fear of gun violence have made life too difficult and unstable for thousands of poor and black families.

The story of urban America is indeed becoming a tale of two cities.