Donna More is more of the same -- if not worse 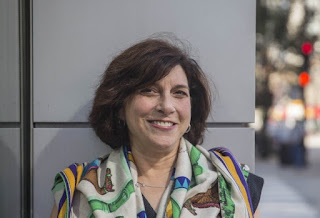 As readers know, I support Kim Foxx in her effort to unseat discredited Cook County State's Atty. Anita Alvarez, who covered up the Laquan McDonald murder. But Foxx is not the only one running. There's also Donna More.

I actually think More, who claims to be a "progressive Democrat," would be More of the same -- if not worse than Alvarez.

I mean, what kind of progressive Democrat makes big contributions to Bruce Rauner's and Eric Cantor's campaign war chests? More, whose family wealth alone could transform her into a contender, has also given money to Republican Senator Peter Fitzgerald and the disgraced John Ensign. In fact, all of her federal giving history has been to Republicans.

Friday, More lifted the cap on donations to candidates in the primary race by handing herself a $250,000 contribution (Sun-Times).

More is also a big Rahm Emanuel supporter. She donated heavily to Rahm's campaigns, thinks he should remain in office, and defends him in the video cover-up scandal.

More is a throwback to the Jon Burge era. She was a deputy prosecutor under former Mayor Daley, when he was the State's Attorney. While she denies any direct connection or handling any of the Burge torture cases, it's doubtful that she, or anyone else in Daley's office, had no inkling of what was going on.

In Carol Felsenthal's article this week in Chicago Magazine, she boasted that there was one project at the State’s Attorney’s Office where she got to meet Daley. You might remember that it was Daley who looked the other way while Burge and his crew were torturing confessions out of hundreds of black men.

In 1990, she became the top lawyer for the mob (oops, I mean the) Illinois Gaming Board. And for the last 20 years, since leaving the gaming board, she has represented big gambling interests like WMS Gaming (sued over $1.5 billion merger deal) and Mandalay Resorts (just fined $500k by Gaming Commission in drug, prostitution scandal), who contribute heavily to her campaign.

More makes light of the connection.