The Man From ALEC takes union $$$, then pledges to slash Chicago school funding

Okay, so what did AFT & IFT leaders get in return for their support for Republican Kirk Dillard? The Man From ALEC is now calling for a billion-dollar cut in Chicago school funding and a "scrubbing of the rolls" for Medicaid, the state's healthcare program for the poor.

In the bizarre world of Chicago politics, there's also lots of "liberal" money flowing into the war chests of machine candidates committed to union-busting and privatizing/charter-izing public schools. The Hyde Park Herald reports:


[Christian] Mitchell’s funds come from a diverse mix of labor organizations, corporations and special interest groups, as well as wealthy and high-profile individual donors... Mitchell’s top donor is Oregon-based special interest group Stand for Children — a supporter of charter schools that has attracted considerable ire from Travis and the Chicago Teachers Union. Since January 2013, the group has donated $66,000 to Mitchell’s war chest, and was his top donor during the last election. 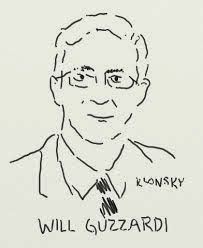 Other top donors to Mitchell include the Democratic Majority fund and the We Mean Business Political Action Committee (PAC), which have contributed more than $37,000 and $17,000 respectively. Donors to We Mean Business — a major supporter of Illinois pension reform [privatization-MK] — include Republican gubernatorial front-runner Bruce Rauner ($10,000), as well as the wealthy Steans and Crown families, both direct contributors to Mitchell.

Some friends were shocked to see our liberal Congressman Luis Gutiérrez endorsing machine candidate Toni Berrios against progressive Will Guzzardi in the 39th Dist. race. Not me. Luis claims anyone who opposes Berrios is trying to "silence Latino voices." But Berrios is simply carrying water for machine boss Mike Madigan who's running her campaign and who, last time I looked, isn't Latino.