Jay Travis: 'It would be an injustice to concede before every vote is properly counted' 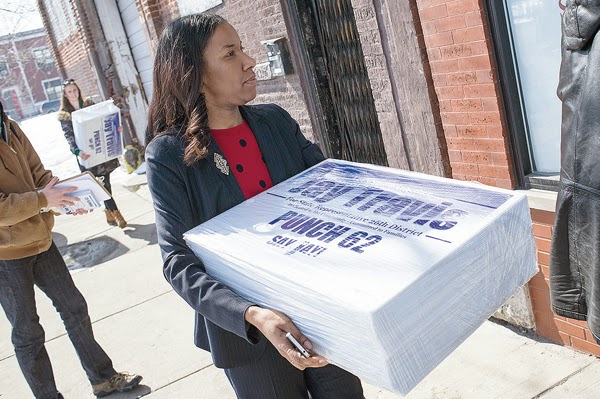 I just spoke with Jay Travis who was on her way out of the Board of Elections. She's there today asking for a full accounting of every vote taken in the 26th District. As of now she is said to be trailing the incumbent Christian Mitchell by only a few hundred votes.


Many were not given a proper ballot in over 15 precincts. In many precincts, including mine, voters were improperly turned away and told to come back later. We're at the Board of Elections to make sure that every vote is properly recorded and that this election reflects the actual will of the people. This campaign was clear example of a coalition that includes working families and labor organizations, youth, seniors and people seeking change as opposed to the influence of corporate interests.

We have fought a good fight and it would be an injustice to concede before every vote is counted.

Email ThisBlogThis!Share to TwitterShare to FacebookShare to Pinterest
Labels: Travis