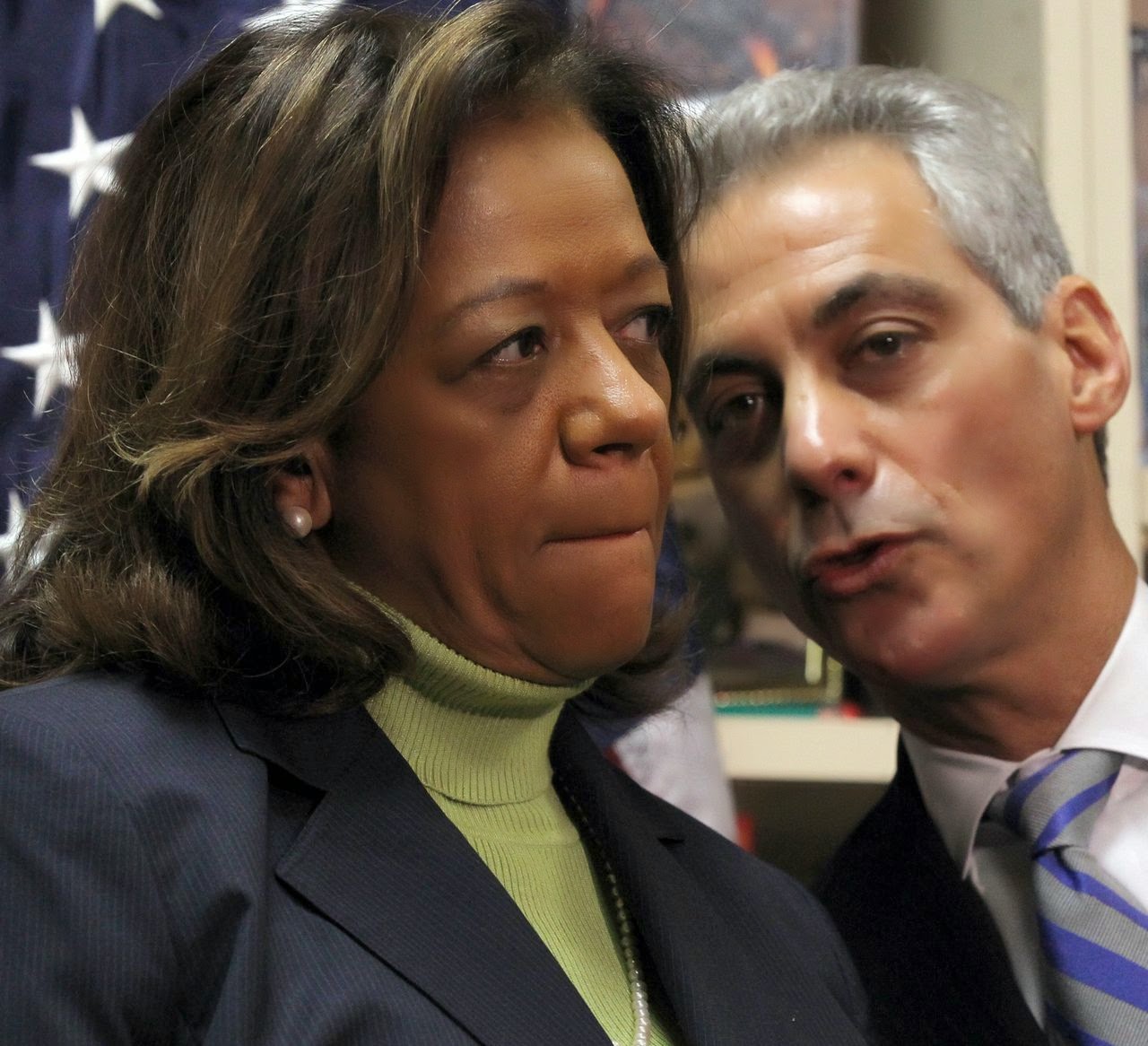 “None of the negative predictions have come true. In fact the opposite has happened.” -- Byrd-Bennett

How do we know Chicago's mass school closings in black and Latino communities were a "success"? Because Byrd-Bennett declared them such. No one got killed, she says (at least while safe-passage workers were guarding school routes) and GPAs went up at the receiving schools.

Of course she never mentions the hundreds of students who never showed up at their receiving schools and who are MIA. Where did they go? Nobody seems to know.

I think there are much more than 800 MIAs but am still working on it. More to come on this.

We also don't yet know or may never know the long-term physical and psychological affects on the thousands of children and families whose lives were destabilized or on kids with special needs who lost their programs and their relationships with caring adults.  I'm also looking at the consequences from the closings, on the real receiving schools in the mostly poor, low-resourced south suburban communities.

This push-out of black and Latino students and then claiming "improvement" in test scores and behavior is eerily reminiscent of post-Katrina New Orleans when Arne Duncan declared the storm to be "the best thing" for New Orleans schools.

Also going unmentioned is the fact that all but three of BBB's closed schools remain boarded up, unused hulks sitting in already blighted and resource-starved neighborhoods. WTTW's Elizabeth Brackett writes:


The closed schools stand silently across Chicago's neighborhoods. The vacant buildings add to the blight in some of the city's toughest areas. Only three of the more than 43 schools closed by CPS last June are now being reused. CPS Chief Operating Officer Tom Tyrrell admits that finding new uses for the closed buildings is difficult.

“There were supposed to be real estate brokers come to the closed buildings to do a walk-through,” said Cecile Carroll with the Chicago Educational Facilities Task Force. “We came here for the Laura Ward visit and there was no one here. We got communications from city officials that it was no longer going to go through. So we're really confused about how that schedule is supposed to move forward.”

But don't worry Cecile and real estate brokers. BBB says it's all good.

Private charter operators are already clamoring to have the properties turned over to them. But remember, BBB promised that none of them would be. But BBB promises a lot of things. Doesn't she?

Now I'm wondering, could leaving all these buildings boarded up be part of a strategy to build pressure for giving them to charter operators? Hmmm.

SUN-TIMES REPORTS...Supporters of several CPS schools targeted now for [major staff and curriculum changes] rallied Wednesday morning outside district headquarters, and inside, they asked the school board to leave their schools alone. Christina Torres, a supporter of Ames Middle School in Logan Square, asked the board to reconsider its decision to convert Ames into a military school, presenting results of an advisory referendum on the March 18 ballot.

“The results show an astounding 69 percent of verified voters voted in favor of keeping Ames as a community school . . . rather than being converted to a military academy,” she said.
Posted by Mike Klonsky at 9:40 AM