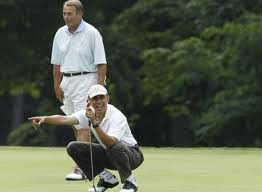 I think Obama may have just just sewn up the 2012 election. The big boys from Wall Street finally had enough political posturing and made it clear that they wouldn't tolerate a default by the U.S. on its debt. The GOP loonies have self-destructed over taxes. Social Security, Medicaid and Medicare may be safe for a while, even though Obama threw them onto the table, knowing that the T-Party crazies would not allow Boehner to cut a deal that included a tax increase for millionaires and billionaires. Hail  Barack, the great triangulator!


Trillions of dollars in cuts were on the table, many of them from Democratic sacred cows. Liberal Democratic congressmen were furious. Mr. Boehner wanted to say yes. Any flaws in the deal perhaps could have been fixed with a little more negotiation. Instead, the ultra-conservatives — the folks who suggest that an unprecedented federal debt default would be no big deal — said no. No taxes. Period. No matter what. In other words, despite all the blather the past year about burdening our grandkids, it's not the deficit that counts. It's taxes that count.

Thanks to Pelosi and those Dems who pushed back on Obama on SS, Medicare, and Medicaid as he gambled them on the Tea Party inspired collapse of the Republican Party. Thanks especially to the hundreds of thousands (probably including lots of T-baggers on Social Security), who signed petitions demanding that the prez keep his hands off those entitlements.

Now we have to do the same for public education -- another bargaining chip Obama seems to be offering as bait to the anti-taxers.  Not everyone thinks Obama has the election in the bag. Even though the NEA endorsed early without so much as a single demand in exchange, there is still lots of anger among the nation's 7 to 8 million rank-and-file teachers -- who usually vote.

Mark Naison has a good post on this at the History News Network, "Why President Obama Must Replace Arne Duncan If He Hopes to Win Re-Election."


Today, America’s teachers are so disillusioned with the Obama administration that their participation in the 2012 is a big question mark.  Most teachers I know may ultimately vote for Barack Obama, but they will do so only because they fear the Republican candidate will do more damage, not because they think the Obama administration’s policies are moving the nation in the right direction.

Even more reason to organize for a strong showing in D.C. July 30th for the Save Our Schools March. Joy Resmovits has a post about the march today on Huffington.
Posted by Mike Klonsky at 6:56 AM