What's the difference (if any) on education? And why? 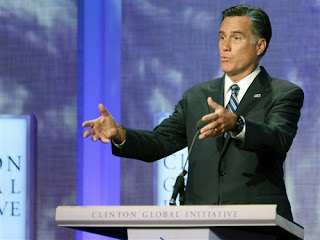 "I once thought classroom size was … [the] only thing I could do to make our schools better." -- Mitt Romney

"Come be in a classroom with fifth graders and tell me class size doesn’t matter." -- Pres. Obama

"But in secondary schools, districts may be able to save money without hurting students, while allowing modest but smartly targeted increases in class size. -- Arne Duncan

How can voters make sense out of any of this?


In stressing teacher quality and the importance of testing over money and class size, Romney has aligned himself with many Democrats -- including U.S. Secretary of Education Arne Duncan -- who support a movement known as education reform. However, Romney differs from the Democrats on the issue in his views on school choice, vouchers, accountability and the role of teachers unions. "The teachers union has every right to represent their members in the way they think is best," Romney said. "But we have every right to say, 'No, this is what we want to do,' which is in the best interest of our children."

Funny, if not for this corporate-sponsored and controlled farce of a televised ed summit, I doubt that either candidate would be saying a word right now about public education. Drawing lines on this issue isn't in either party's playbook.

Brother Fred takes on the question of why the Democrats "suck" when it comes to school policy.


The question I keep getting asked is why are the Democrats so bad on education issues? Why is there no attempt to distinguish themselves from the Republicans on this issue. They at least pay lip service to differences for electoral purposes on other issues?

He points to Republicans, under the influence of T-baggers and anti-gumint libertarians, who stake out a weakened role for the feds under a Romney regime. Dems see an expanding role for the DOE in framing the Common Core curriculum. That's why DFER hedge-funders stake out a position within the Democratic, rather than in the Republican Party, where they'd probably feel more comfortable.

But once in power, both parties use federal aid to education as well as the DOE as a way to funnel billions in contracts to politically favorable suppliers and contractors, as they've always done. A T-Party backed Romney would be no exception.

Diane Ravitch says the trouble is that Obama isn't listening to the right people -- teachers -- and is ill-informed about the failure of the very policies he is pursuing.


...he is woefully misinformed about his own education policies, about the absence of evidence for them, about the lack of results, about the harmful effect they are having on students and teachers and the quality of education, about the shared assumptions of Race to the Top and the failed No Child Left Behind. He doesn’t seem aware that his own policies require “teaching to the test,” which he says he opposes.

She may be right but it's hard to believe he's that misinformed. I mean Obama has been around the ed reform scene for years. In Chicago, he was head of the Annenburg Challenge for Public School Reform and I'm sure talked with many teachers and parents. The question is, why has he turned a deaf ear to them now?

I tend to think it has more to do with the Democratic Party abandoning its traditional base among badly-weakened unions, poor and working-class voters and its courting of support needed to win national elections from ownership society corporatists and power philanthropists who see so-called education reform as part of a bigger, global strategy of market-driven reform

President Obama came to power at least partly on the back of a powerful grass-roots, democratic (small "d") movement. But once in power, the Democrats have managed to send their base back to the barracks and turn current politics back into a spectator sport.

BTW, I don't think this shift could have happened without compliance from traditional union leaders. Thank you CTU for finally breaking ranks.

More to come on this.