Blowing away the Ren10 mythology 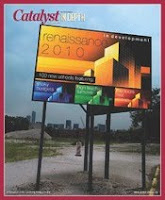 Some of the best analysis and reportage on Daley's mess at CPS is coming from Catalyst's Sarah Karp.
In the current issue of Catalyst, Karp blows away much of the mythology around the Renaissance 2010 "miracle" in Chicago--the mythology that Arne Duncan rode all the way to Washington and is now imposing on school districts nationwide through his Race To The Top.

The inescapable conclusion after reading Karp's story: 15 years of mayoral control,  plus 7 years of Duncan's leadership, plus 6 years of Ren10, combined with an over-reliance on charter schools at the expense of neighborhood school reform, has only succeeded in reproducing and widening systemic inequality in the city's schools.


Mayor Richard M. Daley and then-CEO Arne Duncan stressed that goal when they announced Renaissance in a packed hotel conference room in June 2004. The launch came on the heels of a 2003 report from the Civic Committee that argued for a market approach to education: Force neighborhood schools to improve through competition from more charters. But six years later, the initiative has not sparked widespread improvement or equity. Eleven of the 25 neighborhoods identified as most in need of better-performing schools have gotten none.

Karp's expose of charter schools' reliance on private financing made it all the way to the pages of today's New York Times via the new Chicago News Cooperative. She questions the viability of charter expansion, especially in the face of the current crisis in all of public school funding.

Congratulations Sarah.
Posted by Mike Klonsky at 5:14 AM