Sun-Times tells Karen Lewis to "tone it down". 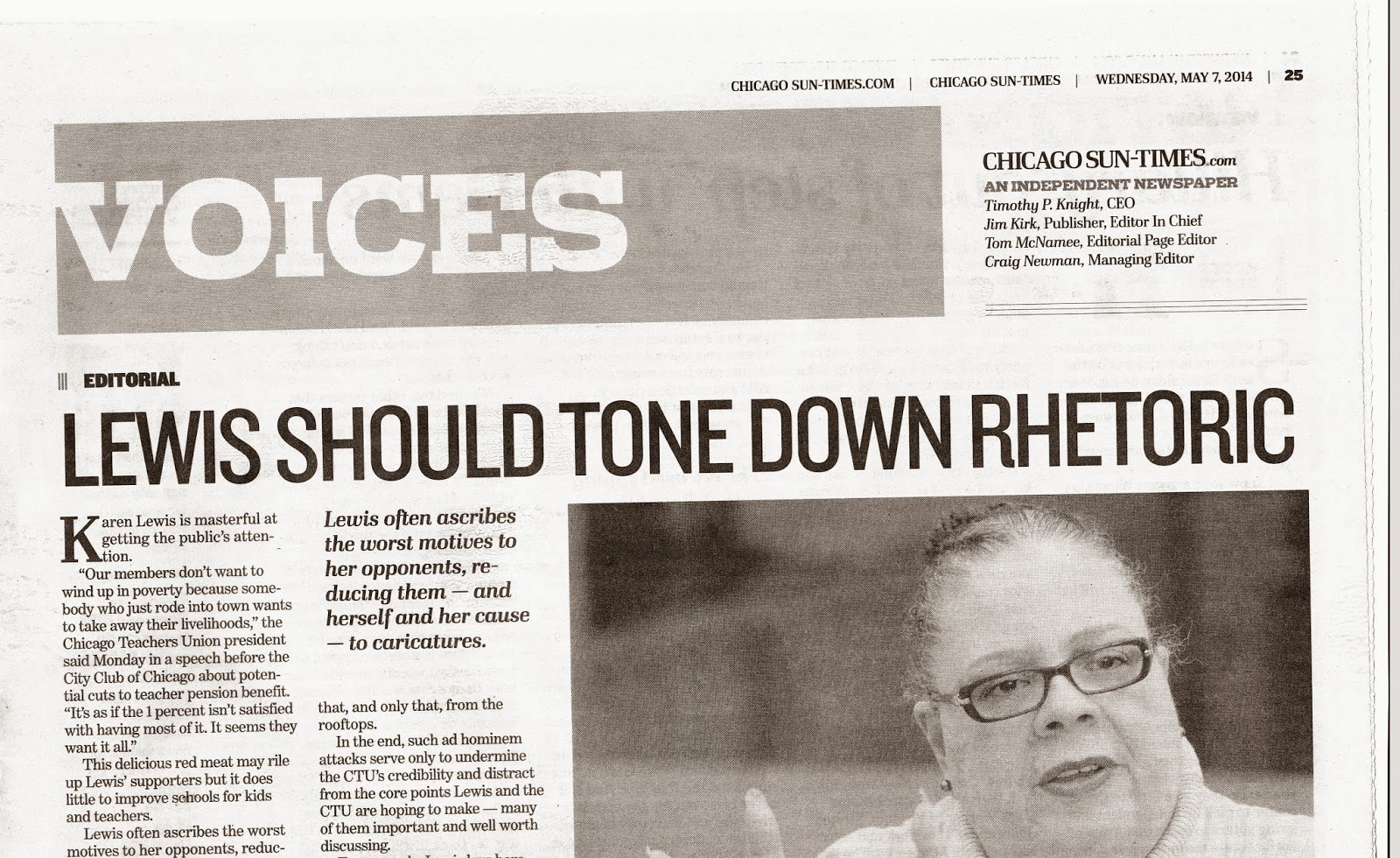 In the eyes of the Sun-Times editorial board, CTU Pres. Karen Lewis has gotten too uppity and disrespectful for Rahm's Chicagoland Plantation. In yesterday's editorial, the board told Lewis in no uncertain terms, as only a parent could scold a child, to "tone down your rhetoric." Problem is, Karen Lewis is a grown woman.

What nerve she has, an African-American, female school teacher, marching right in to the Billionaire Boys and Girls Club, otherwise known as the City Club and calling for a “LaSalle Street Tax.” Doesn't she know that the wealthy traders who gamble daily at the Merc will blow their tops and flee the city if their pot is raked by a half-penny tax of every trade? It's certain that they'll all pack up their North Shore abodes and set up shop in umm err...Dubuque? And it will all be Lewis' fault

Not only that. They say Lewis used unseemly language, insinuating that the corporations are motivated by greed. The board gives Lewis permission to say some things...


Go after their policies. Go after the way money can buy influence. But to go after their motives, to suggest they’re mere greedy billionaires looking to make another buck, isn’t helpful.

No Karen, warns the board. It's not helpful, especially to the Mayor, who obviously feels threatened because you wouldn't even agree to extend the contract a year past its expiration date to help him through a non-confrontational election. And who but Karen would ever suggest that the giant corporations and billionaires like Rauner, Pritzker and Griffin are motivated by greed. Why that's absurd. Isn't it?

We're all waiting anxiously to see what happens if Karen  doesn't obey the Sun-Times' admonition. Will she be grounded? Allowance cut? What?
Posted by Mike Klonsky at 9:46 PM