Lewis: ''We don’t have a pension crisis, we have pension shortfall and a crisis in leadership' 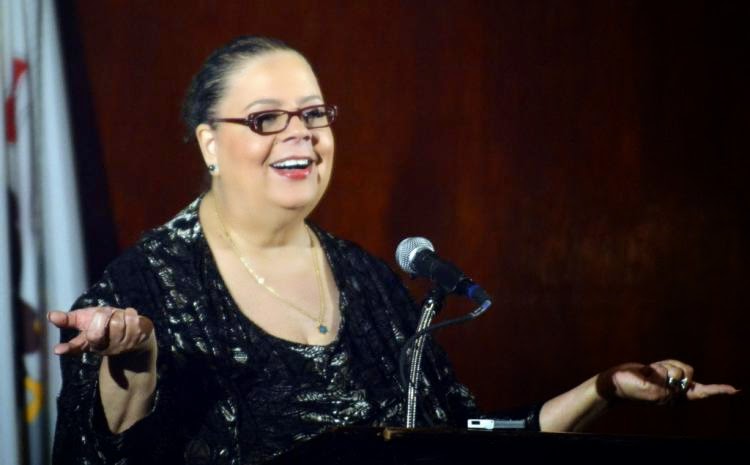 
Our members don’t want to wind up in poverty because somebody who just rode into town wants to take away their livelihoods. It’s as if the 1% isn’t satisfied with having most of it. It seems they want it all... [They]  manage by chaos and carnage. These are among the city’s fathers who are calling for our pensions and the destruction of our unions.  Instead of engaging in a public good and being real heroes, by dramatically funding neighborhood schools, helping to ease student debt, and ensuring teachers and other public employees have the resources they need to give our young people a 21st Century, world-class education, our leaders see opportunity in crisis and so they manufacture a great deal of them.

Karen took it right to 'em. She called for a tax on stock trades and other transactions to help close a pension gap without cutting benefits for retired teachers. She also threw cold water on Rahm's dream of an early contract settlement and reminded everyone that another teachers’ strike could be looming during next year’s mayoral campaign. Chicago isn't N.Y. and Emanuel is no Bill de Blasio. Even there I'm hearing lots of dissatisfaction among rand-and-file teachers, with the recent contract deal between the mayor and the UFT.

"Maybe it's time we send him into early retirement," Lewis said in a luncheon speech to the City Club of Chicago after pointing out the Emanuel administration had overseen the loss of 3,000 educator positions over the last three years... I think all elections need to be contentious, because it means people are involved and engaged in a real democratic process.” -- DNAinfo