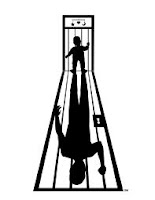 "...the single most important predictor [of incarceration] is a history ofdisciplinary referrals at school."
Mainly minority students in Dallas and other urban school districts in Texas are increasingly being charged with Class C misdemeanors for less-serious infractions that used to be handled with a trip to the principal's office, according to a new study.

The report from the nonprofit advocacy group Texas Appleseed, a nonprofit social justice advocacy group, is titled "Texas' School-to-Prison Pipeline."The report examined student disciplinary data on 22 of the largest school districts in the state. It found that most have sharply increased the number of campus police officers - resulting in far more misdemeanor tickets being handed out to students.


"Disrupting class, using profanity, misbehaving on a school bus, student fights and truancy once meant a trip to the principal's office. Today, such misbehavior results in a Class C misdemeanor ticket and a trip to court for thousands of Texas students and their families each year," the group said in the report, Texas' School-to-Prison Pipeline. (Dallas News)

According to the report;