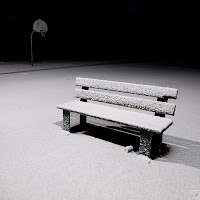 He sends in super-sub John Deasy to get things under control in L.A. But who's left on the bench? He's LAUSD's 4th superintendent in 5 years. This is what passes for school reform--corporate style. It gives new meaning to the term "City of the Angels." Angels, Gates and Broad, now run the city's schools.

A look at my 2008 post on Deasy's jumping ship in Prince Georges County, Md., will show you what to expect from him in the way of leadership. He was touted as a “superstar” and the great white hope of the power philanthropists, when he came into this predominantly poor, African-American district from Santa Monica. He bailed out when the district went broke and criticism in the black community began to mount.


"I think John is smart enough to get out of here, frankly, before the (expletive) hits the fan," said Doris A. Reed, the executive director of the Association of Supervisory and Administrative Personnel, the union that represents principals and other administrators.

Some of the expletive deleted Deasy has been running from concerns a scandal around his doctorate from the Univ. of Louisville and contracts he awarded back to a  university center run by his former dean and advisor.
Posted by Mike Klonsky at 9:40 AM