AT CUNY: Bodies on the line 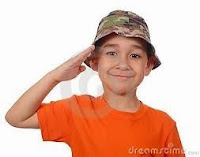 A SmallTalk Salute goes out to CUNY faculty, staff and supporters for putting their bodies on the line in their fight to win a contract. CUNY profs have had to work without a contract for five years and haven't received a raise in six. More than 50 were arrested in yesterday's protest including Queens College professor, Barbara Bowen, the president of the PSC, the union representing CUNY faculty.