"Candy, I don’t have a policy of stopping wind jobs in Iowa." -- Mitt Romney

"I went to a number of women’s groups and said, “Can you help us find folks,” and they brought us whole binders full of women." -- Mitt Romney 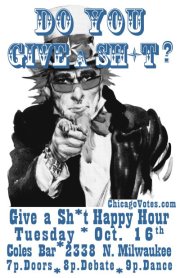 It was a good thing I left the Give a Sh*t Happy Hour at Cole's Bar early to head home and watch the debate (with one eye on the Tigers/Yankee game). If I had stayed, I would have gone broke buying rounds of drinks every time Romney blew it, misspoke or blurted out one of his his string of inanities.

My (everybody's) favorite was "Binders full of women" which is still trending world-wide but has been largely ignored by the media. I also loved "wind jobs" (sounds salacious, doesn't it?). And didn't Romney's "5-point" plan for cutting the deficit remind you of whatshisname's "9-9-9"?

Low points for Obama were:

-- He was asked, "What has your administration done or planned to do to limit the availability of assault weapons?" Since the correct answer would have been -- nothing, Obama began his response by throwing a bone to the NRA: 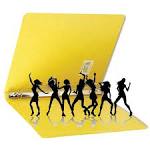 Romney was even worse. His response to the plague of assault weapons was essentially to tell children to have a full set of parents.


"But gosh to tell our kids that before they have babies, they ought to think about getting married to someone, that’s a great idea."

You see, the deal was, every time he said, "gosh," or "golly gee", everyone has to belt down a double.

-- Obama's short recitation on the wonders of his corporate-style education reform which was mercifully cut short by Candy Crowley.

-- His attempt to find common ground with Romney on tax breaks for the corporations:


"We need to create jobs here. And both Governor Romney and I agree actually that we should lower our corporate tax rate. It’s too high."

It brought back sickening memories from the last debate when the president found common ground with Mittens on Social Security.

Anyway, it was a good night for Obama, although the bar for his success was set pretty low after the last debate. It reaffirmed my axiom -- if you don't hit it, it won't fall.

Axelrod obviously was forced to dump his abysmal  prevent-defense strategy and script Obama with some  punch-back. This I'm sure, to the delight of the gang over at Cole's. And speaking of bars, yes, glad I left early -- sober and with money still in my pocket.