Condo in Florida still for sale 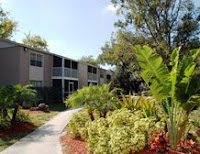 "Model" D.C. contract is a sham

Back in August, 2008 I wrote about "Rhee's cynical tenure-for-pay swap."


But the problem is, technocrat Rhee and Mayor Fenty are in league with Ownership Society privatizers bent on replacing public with privately managed (non-union) charter schools and vouchers for Catholic (non-union) schools. That means that the pay provisions of any new contract won’t be worth the paper they’re written on...

And then a little more than a year ago, when the deal was first officially proposed in D.C., I (and many others) warned:

Rhee wants teachers to abandon their collective-bargaining rights in exchange for a promised pay raise for those who aren't fired. The Gates, Broad, and Walton foundations have agreed to underwrite the pay raises, but only temporarily. If the union buys this, I have a condo down in Florida...

The union leadership, including local prez, George Parker and AFT chief, Randi Weingarten, under pressure from both Arne Duncan and the giant foundations, bought it. The raise-for-tenure deal was hailed as the new model for union contracts everywhere.
But rank-and-file teachers have yet to sign on and now the cat is out of the bag. The whole deal is a sham, says C.F.O. Ghandi.
George, Randi, Arne, Bill, Eli, the condo in Bradenton is still on the market. Call me.
Posted by Mike Klonsky at 4:11 PM