It was inevitable. First the wing-nuts tried to paint Obama as a Marxist, commie, radical, Muslim terrorist. But desperation and sinking poll numbers for McCain have led to them playing the old Hitler card. Check out Thomas Sowell’s new column, comparing Obama to Hitler and Obama supporters to fascist mobs:

To find anything comparable to crowds' euphoric reactions to Obama, you would have to go back to old newsreels of German crowds in the 1930s, with their adulation of their fuehrer, Adolf Hitler. With hindsight, we can look back on those people with pity, knowing now how many of them would be led to their deaths by the man they idolized.

We can expect this kind of trash in Sowell's National Review. But the Sun-Times, Detroit News, Washington Times and other mainstream media picked it up ran with it as if it was legit political analysis. How do readers and advertisers let them get away with it?

What about the Keating 5?

Chicago Sun-Times columnist Neil Steinberg asks a similar question. He wonders why questions about how Obama knowing Bill Ayers, Rev. Wright, etc.. " is supposed to reflect upon him, poorly." But few in the media dare mention that John McCain is one of the Keating 5. How can he get a pass on this as he talks about the "Wall Street criminals and cheaters" with a straight face?

Not only was McCain among them, but of the five, he was Charles Keating's best pal, accepting big contributions from him, lobbying on his behalf, investing hundreds of thousands of dollars in his business schemes, traveling on his jet, taking his family on vacations with Keating and his family -- free vacations, which McCain only hurried to pay for after the scandal broke, when the Senate Ethics Committee criticized McCain's "poor judgment." 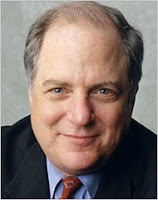 Frank Rich, as usual ("Truthiness Stages a Comeback") is one of the few who aren't biting:

McCain, by contrast, has been chairman of the Senate Commerce Committee, where he claims to have overseen “every part of our economy.” He didn’t, thank heavens, but he does have a long and relevant economic record that begins with the Keating Five scandal of 1989 and extends to this campaign, where his fiscal policies bear the fingerprints of Phil Gramm and Carly Fiorina. It’s not the résumé that a presidential candidate wants to advertise as America faces its worst financial crisis since the Great Depression. That’s why the main thrust of the McCain campaign has been to cover up his history of economic malpractice.