“Teacher unions are the only ones now standing up for public education funding and for real education that goes beyond data and test prep." -- Linda Darling-Hammond 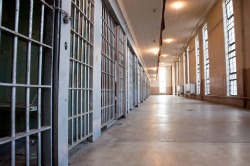 The United States spends $70 billion a year on incarceration, $50 billion of which comes from state governments. This matters because $9 out of every $10 in state prison funding comes out of state general funds, the same accounts that fund higher education. So it should be of no surprise that in the last two decades, state spending on prisons grew at six times the rate of spending on higher education. --Lindsay McCluskey,  President, United States Student Association

A question many of my students are asking


By all indications I’m an effective teacher. But I am not good enough to overcome the barriers some of my students face. I don’t know who is. But I know if next year I have 10 students who face the barriers of my lowest five then you’ll see a drop in my students’ performance. For this I’ll be held accountable. If this is the case what is the incentive to teach at a school which serves our community’s neediest families?  -- Teacher, Charles Duerr