We almost lost Detroit in '66 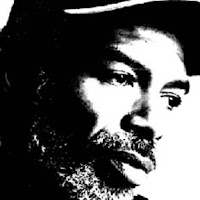 Gil Scott Heron died Friday. I've been listening to his music and poetry all week and still have the words to his anti-nuke anthem, We almost lost Detroit, spinning around my brain. Gil's song was based on a book by the same title, written two years earlier by John Fuller about the partial meltdown in Michigan of Fermi 1, America's first breeder reactor, in 1966.

Yesterday I read this headline in the Detroit Free Press --IS DETROIT PUBLIC SCHOOLS WORTH SAVING?


The Detroit Public Schools, as we know it, could disappear in a few years. A DPS action plan would charter up to 45 schools, close 20 and leave about 70 that include the best-performing schools, some newly constructed and a handful of special-education schools that are expensive to run... With such a concerted effort to shrink DPS, local leaders, educators, politicians and taxpayers are debating a question: Is DPS worth saving?

Neither Fuller nor Heron could have predicted that the death of this great American city and its school system would come, not from a nuclear meltdown, but rather from an economic meltdown and meltdown of civil society caused in large part by the greed and rapaciousness of Wall Street and Motown's own disaster capitalists.

Detroit has become New Orleans without Katrina.
Posted by Mike Klonsky at 9:45 AM