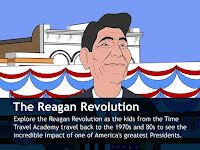 "Make no mistake, this isn't education; it's kiddie-propaganda. The favored narratives -- of a nation planted here by God and heroic leaders free from flaws -- are driven by pure politics." -- Maureen Costello, Teaching Tolerance Project

GOP Not the Only Party Targeting Unions


"Obvious political truths are sometimes smothered by special interests. The cover-up of the Democrats’ national anti-union agenda is possible because the truth would cause enormous disturbances for the Democratic Party, some labor leaders, liberal organizations and, consequently, the larger political system." -- Shamus Cooke, Common Dreams

"With regard to the idea of whether you have a right to healthcare, you have to realize what that implies. It’s not an abstraction. I’m a physician. That means you have a right to come to my house and conscript me. It means you believe in slavery. It means that you’re going to enslave not only me, but the janitor at my hospital, the person who cleans my office, the assistants who work in my office, the nurses."  -- Rand Paul

Many have given up all hope of persuading the white electorate that they should care about the severe racial disparities in the criminal justice system or the racial politics that birthed the drug war. It’s possible now, they say, to win big without talking about race or “making it an issue.”-- Michelle Alexander, NY Times