Rahm's council pups know how to sit up and beg, roll over, and more 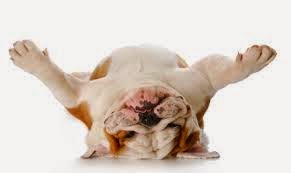 Do Rahm's City Council puppy dogs really think they won something yesterday by keeping the Elected School Board referendum off the ballot? All they got was a biscuit from their boss and a deeper hole for themselves and for the mayor as election time nears.


Ald. John Arena (45th) said he would “hate to think my colleagues are that crass,” but it’s obvious mayoral allies played “shenanigans” to block a referendum that would have shown overwhelming support for an elected school board.

“They’re afraid of the question,” Arena said, blasting Emanuel for continuing to support a "non-participatory board not accountable to voters.”

“This is a crowding out of a question that’s been discussed citywide for the last 13, 14 months,” said Ald. Ricardo Munoz (22nd).

Ald. Scott Waguespack (32nd) noted that an advisory referendum in limited precincts of his and other wards sailed through with 85 and 90 percent support from Chicago voters.

“It’s not just the elected school board. It’s about the whole education system being put to the test and the policies that the administration espouses versus what a lot of the voters out there would like to see,” Waguespack said, apparently referring to school closings, charter openings and devastating budget cuts at neighborhood schools.

Barking the loudest was Pat O’Connor (40th), the mayor’s City Council floor leader, who made sure that his boys knew they were supposed to vote NO. O'Connor even had the chutzpah to call the plan for elected school board, "racist."

You remember O'Connor. He's the long-time machine hack and north side ward heeler who served for many years under Mayor Daley as the chairman of the council's Education Committee. Now he's under scrutiny for getting his unqualified sister a principal's job on the northwest side.

The campaign to get an elected school board on the ballot is being led by the coalition of community groups called Grassroots Educational Movement, or GEM. It includes KOCO, the United Working Families independent political organization--which formed over the summer with the Chicago Teachers Union, SEIU Healthcare Illinois, Action Now, and Grassroots Illinois Action and others.
Posted by Mike Klonsky at 8:23 AM

Email ThisBlogThis!Share to TwitterShare to FacebookShare to Pinterest
Labels: elected school board