In Philly, 'an affront to public openness and transparency'. 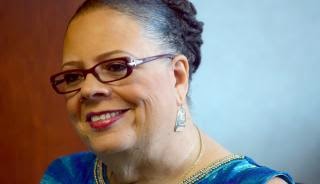 First -- Love and best wishes for a speedy and full recovery go out to CTU Pres. Karen Lewis who is being evaluated in a local hospital after experiencing discomfort Sunday evening. Word is that Karen is in good spirits.


"Karen is a freedom fighter, a nationally recognized education advocate and the people's champ. She'll be back on her feet in no time. She is resting well and in good spirits -- and still thinking of creative ways to secure the future and city our students and their families deserve," CTU spokeswoman Stephanie Gadlin said.


Not in such good spirits is the Little Emperor who is reportedly "more hated than Eisenhower traffic."

Of the 500 likely Chicago voters surveyed, 23% had a “somewhat unfavorable” opinion of Emanuel and 28% had a “very unfavorable” view of the mayor.

Asked why he believes so many Chicago voters don't like Emanuel, [Ald. Robert] Fioretti said, "He’s following a corporate agenda that the people of this city don’t want — from school closures to issues of crime, the No. 1 issue.

In Philly, reform is just another name for union-busting


This is no accident. The lack of a crowd, and the lack of public debate, was an act of careful calculation. The calculation of cowards. -- Attytood

Paul Vallas is long gone, having left the City of Brotherly Love 9 years ago for New Orleans. In the Big Easy, he oversaw the biggest purge of public school teachers in the nation along with the de-certification of their union.

Philly's so-called School Reform Commission (SRC), the state agency that "has presided over 14 years of ruination of public education", carried on the Vallas tradition yesterday, by unilaterally throwing out it's negotiated collective-bargaining agreement with the PFT.

Today, a shocked city is waking up to what's being called, "an affront to public openness and transparency".

In a matter of seconds -- in a meeting that would last all of 17 minutes, and with one hasty comment from the public -- the SRC revoked the contract, and cut teachers' benefits.

Now the eyes of the country are on Philadelphia to see how and if the union will turn this war on teachers and on public education, into a two-sided one. So far all we have heard from AFT Pres. Randi Weingarten is some hand wringing and an angry letter.