Philly students walkout in support of their teachers

Our thoughts this morning are with our dear friend and sister in the struggle, Karen Lewis, who underwent emergency surgery last night at Northwestern Hospital in Chicago. The CTU has announced a press conference for 4 P.M. today to give us an update on Karen's condition.

Pearson has done it again. Another wrong "correct" answer on their high-stakes math exam. Sarah Blaine, the mom of a N.J. 4th-grader, tells us why this even matters in a post on the Answer Sheet.

I wrote about Pearson's mind-boggling and dangerous mistakes before, including this one, where they claimed in one of their text books that blood was blue. It took the work of a Chicago teacher and his students to debunk Pearson's text. 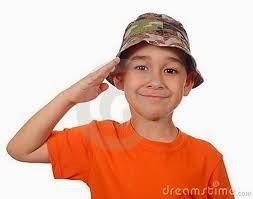 A SMALLTALK SALUTE goes out to hundreds of Philly students who are holding student strikes and protests in support of their teachers. The city's so-called School Reform Commission (SRC), set up under the state's takeover of the city's school system, has unilaterally tossed out its collective-bargaining agreement with the PFT.


Dozens of students from Science Leadership Academy in Center City and as many as 175 from the High School for Creative and Performing Arts in South Philadelphia boycotted classes. They held peaceful, upbeat demonstrations outside the two magnet schools. Twenty-five students from the Franklin Learning Center in Spring Garden demonstrated outside district headquarters at 440 N. Broad St.

University of Pennsylvania history professor Thomas Sugrue made a detour on his way to work from Mount Airy to support daughter Anna, a junior at Science Leadership. "Their voices are the ones who have been less heard in the debate about school reform," he said before tweeting a photo of his daughter.

We're still waiting to see what the union's response is going to be.
Posted by Mike Klonsky at 6:51 AM