What Vallas did in North Chicago

“Vallas ushered in an era of massive expansion of standardized testing; the privatization of public schools through outsourcing and charter school expansion; and the devastating policy of school turnarounds, which resulted in the firing of scores of black and veteran teachers,” Lewis said after Vallas was picked by Quinn.

Before he was booted out as superintendent of Bridgeport, Paul Vallas, one of the great double-dippers of all time, was brought into North Chicago, IL, as a high-paid consultant to "reform" the largely low-income, African-American and Latino school district. IL State Supt. Chris Koch gave a $311,000 consulting deal to the Vallas Group, even though they were outbid by other, more highly-rated consultants. For Vallas, contracts in North Chicago and Rockford, IL, would mark a back-door entryway back into Illinois state politics. 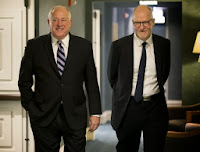 Once in North Chicago, Vallas did what Vallas does. He recommended closing four of the district’s nine schools and laying off 130 teachers and staff — 39 percent of the district’s workforce. That was his view of reform.


“The Vallas Group hopes that the recommendations in this report will help North Chicago become a model for school improvement,” Vallas wrote in his June 2013 report obtained by the Chicago Sun-Times through an open-records request.


For years, North Chicago’s school system has endured extreme financial difficulties; been poorly managed; faced declining enrollment, and seen its state and federal funding drop. Its enrollment of 3,814 students is heavily Hispanic and African American, with 78 percent of students described as low-income.

In 2011, the district’s former school board president, Gloria Harper, and its one-time transportation director, Alice Sherrod, were charged in an $800,000 kickback scheme tied to student-busing contracts.

Surprising to some is that Vallas-style "reform" -- moving into largely African-American districts, firing teachers en masse and closing schools -- is also the model favored by "progressive" Gov. Pat Quinn. He says that's one of the main reasons he chose Vallas as his running mate,  praising the great union-buster and privatizer of public schools from Philadelphia and New Orleans to Haiti  as “an independent problem solver with a proven record of reform.”