Mayor 1% and other good reads

I'm catching up on my reading. Here's what I'm plowing through:

Mayor 1%: Rahm Emanuel and the Rise of Chicago's 99% by Kari Lydersen (Haymarket Books)


Here's a handbook for the anti-Rahm candidate in 2015. It's well-researched and remarkably up-to-date considering how fast things are moving.

Filling The Seat; The Pathway to the Superintendency for One African-Americn Woman Superintendent by Shelly Davis-Jones (Brand N Stone). 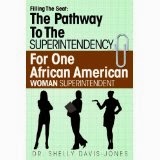 Dr. Davis-Jones is the Supt of Dist. 149 in Chicago's south suburb of Calumet City. It's one of the growing number of mainly-black, working class suburbs affected by the push-out of African-Americans from Chicago's inner-city. Her first book is her doctoral dissertation. It's a qualitative study, an oral history of one African-American woman's childhood influences, educational background, and the barriers she encountered in her career path to the superintendency. She's a friend and I am proud to see her work in print. I'm sure there's more's to come from her.

Ruth First and Joe Slovo in the War against Apartheid by Alan Wieder; foreword by Nadine Gordimer (Monthly Review).

Ruth First and Joe Slovo, husband and wife, were among the many heroes of the war to end apartheid in South Africa. Ruth agitated tirelessly for the overthrow of apartheid, first in South Africa and then from abroad, and Joe directed much of the armed struggle carried out by the famous Umkhonto we Sizwe. Only one of them, however, would survive to see the fall of the old regime and the founding of a new, democratic South Africa.

That should keep me busy over the holidays.

Email ThisBlogThis!Share to TwitterShare to FacebookShare to Pinterest
Labels: books