Vallas is Quinn's white knight with a "servant's heart" 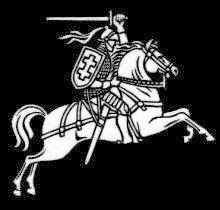 Gov. Quinn must think we are all idiots.

Yesterday he described his newly-named running mate Paul Vallas as, a white knight — a school reform champion — who now would help focus his expertise on fixing the state’s pension crisis.

Rahm, who also has a white horse, Bruce Rauner, in the Republican race, chimed in:


"The governor made the decision to pick Paul Vallas based on his record of being a strong advocate for education reform."

Yes, Vallas is white. Yes, he is a champion of corporate-style reform, union-busting, and privatization. As for "fixing" the pension crisis? Well, we already knew what Gov. Squeazy means by "fix", long before he picked Vallas.


“The most significant positive contribution that Paul Vallas left in Bridgeport is the fact that he united teachers, students and parents in opposition to everything he spent his lifetime creating,” Jon Green, National Deputy Director at Working Families, told the Sun-Times on Tuesday.

Maybe it's time for a Working Families here in Illinois to take on the Democratic Party of Quinn, Madigan, Burke, Emanuel and now, Vallas.