Chicago under Rahm is becoming a second-rate city 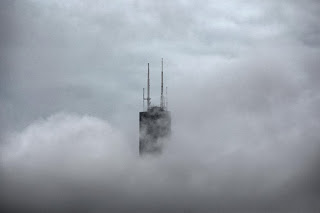 The loss of manufacturing combined with corrupt mis-leadership in Springfield and City Hall, is rapidly turning Chicago into a second-rate, parasitic city that produces little but where public space is reduced and insatiable corporate interests suck up more than their share of the resources.

The biggest victim of Daley's and now Rahm's post-industrial strategies have been Chicago's black community which has been shattered and dispersed, it's professional and middle-class practically "reformed" out of existence; it's poorest neighborhoods re-segregated and more isolated than ever; it's schools shuttered to make room for privately-managed charters and selective-enrollment schools for the new arriving white, young technical workers and professionals; and it's youth (it's future) incarcerated in record numbers.

The mass black out-migration (nearly 200,000 in the past decade) is Chicago's loss -- economically, culturally, politically and in many other ways. Ironically this push-out of a large section of the black community is being used as the rationale ("under-utilization") for the closing of even more schools, the firing of even more teachers and professionals, and the cutting of services. The loss of good-paying jobs means a shrinking tax base since the city's corporations pay little or nothing in taxes. It also further blights neighborhoods, increases violent crime, and drives even more families out of the city and into predominantly black suburbs and beyond.

Late last week, about two months after pink slips are typically issued, Chicago Public Schools issued layoff notices to nearly 100 teachers and support staff. This on top of the 3,000 teachers, counselors, librarians and support staffers who were "reformed" out of their jobs over the summer.

CPS Liar-In-Chief Becky Carroll blamed the latest round of layoffs on the decreases in state and federal poverty funds that follow the lost students. She failed to mention that enrollment dropped by thousands of students since the closing of 49 schools this year (more on the way) and with only about half the anticipated students from the closed schools showing up at their assigned "welcoming schools."

At least this time she didn't blame it on those gigantic pensions being pair to those greedy retirees.