Safe Passage = trauma for kids. But it's safe for Whole Foods & Walmart.

"We recognize this is a community we haven't served." -- Whole Foods CEO

I wonder what message the mayor is sending to families in Englewood as he closes their schools and courts Texas-based Whole Foods? He's using $10 million in TIF money to entice WF CEO John Mackey to grace the black community with one of his stores. That's money that should have been used to save schools and teaching jobs.

Yes, the store should open up a few low-wage, temporary and part-time jobs. And finally, a market in the "food desert."  But who is all this really for?

Whole Foods, the second largest union-free food retailer behind Walmart, has taken a position that unions are "not valid.” The company gives its workers a pamphlet titled “Beyond Unions," which has helped to fend off unionizing attempts in several cities. Mackey has even compared unions to “herpes."

BTW, while Walmart is being targeted by thousands of protesting union workers and supporters today nationwide, Chicago Walmart workers are facing a struggle of their own. Tyrone Robinson, a local leader of the 83rd and Stewart Walmart store (Chatham neighborhood) of Chicago was retaliated against and fired after his participation in the June 7th, Caravan for Respect to Bentonville, AR shareholder meeting. 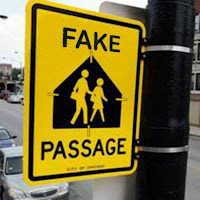 Seven more shot in Chicago yesterday, one fatally. At least eight dead (including a 16-year-old) and 25 others wounded in shootings over the Labor Day weekend. More shootings on Safe Passage routes. But Rahm and Byrd-Bennett breathe a sigh of relief. At least none of the victims were shot on the way to or from school.

In the Roseland neighborhood, half the safe passage workers quit last week alone.


Bob Jackson is a supervisor at Nehemiah Roseland Ceasefire, another group responsible for monitoring safe passage routes. The agency lost half of its workers when 13 of the 26 quit the day after school started.

“Last week was a very hot week,” he said. “A lot of people have health issues and were not ready to be out in the sun.” “Some called a half hour before the shift started. some just didn’t return.” Weather may be one reason. Supervisors say others find full-time, better paying jobs.

But for thousands of children, school closings and  the Safe Passage program have been traumatic. More instability. Separation from familiar teachers and friends. Loss of special ed programs. Walking longer distances to school through dangerous territory under police and security guard with the prevailing expectation of violence.