On August 14th, I commented on Byrd-Bennett's "sleight of hand" on Chicago charter school expansion. BBB had promised that none of the 49 neighborhood schools she was closing would be "handed over" to private charter operators. A Tribune editorial had referred to this as a "promise worth breaking." And that's exactly what she has done by rapidly expanding the number of charters right on the heels of the school closings, with many of them opening in the same neighborhoods as the supposedly "underutilized" closed schools.

A h/t goes out to EduShyster who has come up with a couple of TFA internal documents which reveal that organization's Chicago expansion plans, including the placing of hundreds of lower-paid, non-union, 5-week-wonders into an estimated 52 new charter schools -- almost the exact number of schools closed this year by Byrd-Bennett.

Funny --TFA Chicago’s executive director, Josh Anderson thanks EduShyster for "reaching out" and then offers a shaky denial. Phoebe Anderson, who works for charter authorizer, NACSA, disputes some of the facts, in the comments section.

We'll see who's credible here. We already know it's not Byrd-Bennett.

BTW, where is BBB? We haven't heard anything from her since she responded to community protests over the consolidation of Jesse Owens school into Gompers (what's in a name, right? Plenty). She warned community residents not to "let this cause become a bureaucratic, never-ending process.’’

Then radio silence. Is this J.C. Brizard ("Don't call me a puppet") redux? 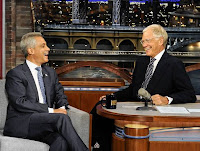 I tried to stay up late enough to watch Rahm on Letterman last night, but no dice. Found out this morning that he used his appearance on late night to call for the bombing of Syria and to tell America to "stand tall" (I'm resisting the urge to make any Little Napoleon jokes here. I'm better than that.). He also gave Letterman the verbal flip-off when he was asked about pandemic violence in Chicago.


"What I hear about Chicago now is 'Oh, don't go to Chicago, the violence is unbelievable.' Now, tell us why people say that," Letterman asked. Emanuel laughed before making a joke: "Well, first of all they're watching CBS and you late at night," Emanuel said.


Then he turned to his oft-cited statistic that overall crime is down about 25 percent in Chicago this year. Left unsaid by Emanuel on the program was that homicides remain stubbornly high in Chicago compared to many other major American cities, with 53 murders in August compared to 59 in the same month last year, following a July that saw 48 killings, a drop of just two from the same month in 2012. The first six months of the year had seen an improvement over last year's spike in homicides that led to the unflattering national headlines.

Well said.
Posted by Mike Klonsky at 6:55 AM