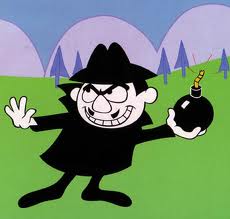 A funny thing happened to me this morning. I read the Sun-Times. The editorial page that is. What's funny about a S-T editorial, you ask? Well, the title for one thing -- 'CTU, don’t burn down the house'.

But the really funny thing was that the editorial is essentially in agreement with the teachers union in its critique of the announced 54 school closings over the next few months. So why has the editorial board resorted to such offensive metaphors? Why are they distorting the union's positions and making them seem like the unreasonable ones, when it's Rahm who is saying that "the time for negotiations is over"?

The S-T board claims the union is "preventing the public from looking at this issue honestly." But they don't say how they're preventing it. The  CReATE group of more than 100 Chicago-area academics and researchers has been looking at the issues "honestly" all year and they, along with the Raise Your Hand Coalition will offer their findings to the board on April 2nd. Nobody from either side tried or could have prevented these scholars from doing their work.

But for some strange reason, the S-T wants to overstate the power of the union and present Karen Lewis as a "pied piper" leading the rest of us astray. Don't they see how insulting a metaphor that is? If Lewis is the pied piper, what does that make the rest of us? The little children of Hamelin? The rats?

But then the editorial board actually raises some good points:
Given all this, doesn't it make sense to keep schools open this year until Rahm and Byrd-Bennett can get their act together. Maybe even read up on the research offered in the latest CReATE Brief?

So how is the CTU "burning down the house" by raising essentially these same points?

Well actually, there are some real differences here. Karen Lewis and her team have, much to their credit, continued raising issues of racism and inequity embedded in the mass school closings. This is an area where the S-T has always had a blind spot. Whenever community groups or activists raise the specter of racism, you can always count on someone calling them conspiracy theorists, bomb-throwers or in this case house burners. After all, we are now living in post-racial Chicago, right? No segregation and inequity in schools or housing here, right?

S-T responds: "CTU continues to roil the waters by lobbing these bombs."

Lobbing bombs? Roiling waters? (mixing metaphors?) What? Where? Are they denying that race comes into play when all, or nearly all the targeted schools are in the black community. This is bound to be the subject of Civil Rights lawsuits in the months ahead, hopefully throwing a big wrench into Rham's hurried closing plans. Roil the waters indeed.

The only house in danger of burning here is the house of cards upon which mayoral control of the schools rests. But that one is self-igniting.
Posted by Mike Klonsky at 7:03 PM