Dare the council stand up to autocrat Rahm? 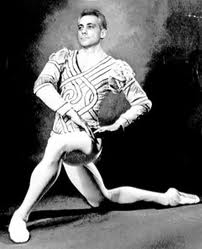 Scientists have discovered signs of life in Chicago's city council. The discovery comes as a shock to our autocrat mayor (and to me) who thought he had already crushed or bought off the last flicker of democratic impulse among his gaggle of alderman.

This time around, even after Rahm snapped his fingers and demanded that the council act without debate and ram through his $7 billion dollar, Infrastructure Trust (Trust? What trust?) deal, a few brave souls (Pat Dowell, Leslie Hairston, Willie Cochran, Rick Munoz, Brendan Reilly, Lona Lane, John Arena, and Scott Waguespack) found enough courage to slow things down. I suppose they still remember the public outrage over Mayor Daley's great fast-tracked, parking meter swindle which bought him a post-retirement gig with the law firm that did the deal.

You just knew this deal would involve CPS, which has been turned into a wing of City Hall. It includes borrowing millions for school repair, directly from his billionaire buddies, who are expecting higher than ever returns on their investment. The very nature of the deal takes all oversight away from the council and gives the mayor and his cronies unlimited power to decide how the $7 billion will be spent.

Here's what Hairston had to say about the deal:


"Despite his 'reform' claims, Emanuel has employed the same closed, rushed, 'ram it down their throats' process that placed us at the mercy of investors who can increase costs at will, demand the City provide compensation for losses and refer complaints to a black hole where nobody accepts fault. Even worse, he wants us to give him blanket authority over numerous such ventures, with appointees he chooses as 'watchdogs.'"

The same scientists found absolutely no such signs among the state's spineless legislators who still vote 113-0 for whatever bullshit Boss Madigan offers up in Springfield.