It was another packed house at the Hideout last night for the Joravsky/Dumke Show featuring Chicago's three best education writers, Linda Lutton (WBEZ), Lauren Fitzpatrick (Sun-Times) and Sarah Karp (Catalyst). The three painfully/humorously ran through story after story about CPS' and City Hall's ongoing dis-information and obfuscation campaigns earning Rahm and his team the enmity of every reporter in town.

In response to a question from the audience, all three were united in their predictions that CEO Barbara Byrd-Bennett wouldn't last through March.

BLEEDING... Rahm's infrastructure is in shambles with many of his top experienced staffers bailing on him just as election season nears. From what I'm hearing, the exodus is just beginning. Most recently it was his top deputy for education Beth Swanson using the revolving corporate-reform door between City Hall and the Joyce Foundation. Swanson is usually noted for her "pivotal role in negotiating an end to the 2012 teachers strike." But as one of Rahm's top guns, Swanson could just as easily have carried the political epitaph, "played a pivotal role is fomenting the 2012 teachers strike".


"It's a good time to transition," Ms. Swanson said, referring to her personal life (she has three school-age children) and that Mr. Emanuel is gearing up for a mayoral campaign and will want to have a new education chief in place. -- Crain's

Okay, I get the usual more-time-with-family thing. Although I wonder just how easy her new gig at Joyce must be to give her all that time with her kids. I also wonder why in the world would Rahm want to push out his top City Hall education gunner as he heads into the election. Does he think a new face will help people forget the strike and last year's massive school closings? Really? 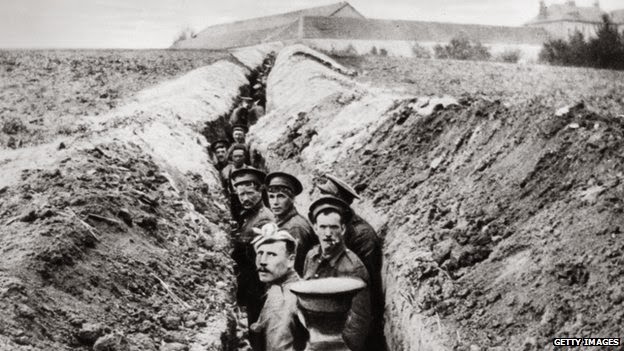 TRENCHES...Replacing Swanson is Arnaldo Rivera, billed as a "former teacher," for those who still believe that "wuzzas," as my brother Fred calls them, (as in I wuzza teacher) can't be used against their former colleagues. Yes, Rivera did spend three years teaching first grade at Walt Disney Magnet School, but then became a top deputy to both of Emanuel’s handpicked CEO’s: Brizard and Byrd-Bennett.


Unlike Swanson, who spent much of her career with education-oriented foundations, Rivera earned his stripes in the trenches.

Yes, the "trenches." That's journalists' main metaphor for teaching. Easy to understand as the teacher body count grows in the mayor's war on public education and everything public. Appropriately, Rivera will be working closely with Rahm's school-closing ramrod, former Marine Col. Tom Tyrrell.


Rivera also helped devise logistics for the 50 school closings that so alienated African-American voters who helped put the mayor in office.

Rivera has spent the last year as chief operating officer for the Chicago Public Education Fund. That’s a fund that bankrolls many of the education reforms near and dear to the mayor, including charter schools and teacher training.

Perfect!
Posted by Mike Klonsky at 6:56 AM