The Great SUPES Hustle now under investigation by the IG 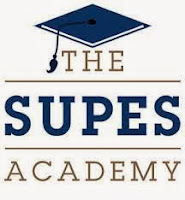 Back in July, I posted about Gary Solomon's SUPES Academy and their $20 million no-bid contract with CPS to facilitate some workshops and other activities with principals. As I reported then, there was a barrage of complaints from principals critical of the quality of the SUPES training.

You might recall that schools CEO Byrd-Bennett worked as a high-paid consultant for Soloman right up until the day she was hired here in Chicago. You might also recall that Solomon is a former Broad Foundation guy who also worked with Paul Vallas and ran Vallas' Synesi consulting company which has been trying to get back into the city ever since Mayor Daley sent Vallas packing off to Philly.

How Solomon games the system is by hiring big-city superintendents as double-dipping consultants to work in other districts while they in return, bring SUPES in to train their own principals. Because they are paid by SUPES, which is a private company and not subject to the Illinois Freedom of Information Act, their compensation is not public. Solomon makes out on both ends. Perfect!


An example is Dallas Dance, the superintendent of Baltimore County, Md. Public Schools, which serves 108,000 students. Dance is now serving and getting paid as both a master teacher and a coach for 11 CPS principals.

It makes me wonder what Supt. Dance is doing consulting with other districts while his own is in disarray? Here's some of the other double-dipping supes.

In July I wrote:


I'll defer to the new federal prosecutor to determine the legality of all this. But if the $96 million UNO charter deal was legal, and the Zimmerman shooting was legal, then this is probably legal also.


The contract is by far the largest no-bid contract that CPS has entered into in at least five years. And the contract has raised suspicion because CEO Barbara Byrd-Bennett had a previous relationship with SUPES.

Since the IG doesn't take a breath without the Mayor's approval, my hunch is that nothing much will come of the investigation unless, for some reason, Rahm is looking for an excuse to dump BBB or has a beef with Vallas.
Posted by Mike Klonsky at 11:55 AM