The men who run Supes have, shall we say, a somewhat questionable track record. And all this in a city where major, well-respected universities already train principals, where 49 schools have shut down and others are losing teachers, classroom aides, clerks, lunch ladies and other workers and programs right and left, to the tune of $68 million in cuts -- or $82 million, depending on whose math you believe. -- Lorraine Forte at Huffington


A few principals attending the Chicago Supes training now in progress are texting me, telling me what a joke it is. It's not that the sessions are all that bad. It's that the principals themselves have taken it over. They are running it -- "sharing stories," they text me.

"Inmates have taken over the asylum," says one south-side principal. The joke is that BBB has given huckster Gary Solomon and his team a $20 million no-bid contract to run this thing. Supes, she says, brings nothing to the table. Any one of a number of local groups or university people could have easily facilitated.

Another text: We (the intellectually and skill bereft cohort) are now creating the sessions.

So why does this Wilmette-based, Broad funded, pro-charter Supes Academy land the largest no-bid contract awarded in years for professional development?

Well, that's an easy one.  Byrd-Bennett worked for the company as a coach up until the time she came on board at CPS as a consultant. According to Catalyst, "There’s also conflicting information about Byrd-Bennett’s involvement with another company owned by the same individuals who run the Supes Academy."


Up until April 2012, Byrd-Bennett worked as a consultant to the Supes Academy. At that time, she was brought on at CPS as the chief education advisor to then-CEO Jean-Claude Brizard, a contract position for which she was paid $21,500 a month.

In addition, Byrd-Bennett is listed as a senior associate for a superintendent search firm called PROACT Search, in documents dated August 2012—four months after taking the position with CPS. PROACT is run by the same individuals who lead Supes: Gary Solomon, the executive director, and Thomas Vranas, the president. (Another Supes founder listed on its website, Tim Quinn, is managing director of the Broad Foundation; Byrd-Bennett worked as an executive coach for Broad through this past April.)

Byrd-Bennett is one of four contacts listed in the proposal for services submitted by PROACT in its bid to do a superintendent search for the Norwalk, Connecticut, school district. She has an e-mail address listed in the proposal. When PROACT won the contract, an official for the company was quoted in the local newspaper touting that Byrd-Bennett, who by that time had been named as Chicago’s CEO, was a contractor with the firm. 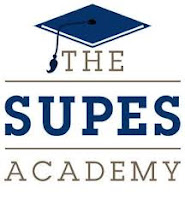 You can read the rest yourself. I'll defer to the new federal prosecutor to determine the legality of all this. But if the $96 million UNO charter deal was legal, and the Zimmerman shooting was legal, then this is probably legal also. Most of our cynical and corruption-hardened citizenry might just shrug off Karp's excellent Catalyst expose as just more-of-the-same, to go along with UNO charter chicanery, pension demagogy, TIF-type slush funds, and Rahm's DePaul basketball swindles of the taxpayers. And of course they'd be right.

But there are a few things I found unusual in this latest boondoggle. One, is the response by UIC's Steve Tozer, quoted in the article. You would think that UIC's ed school (of which I am a proud grad and former employee) would be upset that they didn't get the contract and that BBB went out of town to bring in her old cronies. Instead we have principal trainer Tozer saying things like $20 million “is an okay price to pay if Chicago can produce good leaders.”


Tozer says the University of Illinois, which has a well-regarded training program for urban principals, would have looked into bidding on the contract had the process been open. Tozer had not heard of Supes until the organization had already been hired.

But Solomon has been hustling business here for years. He's a Broad guy who also worked with Paul Vallas and ran his Synesi consulting company which has been trying to get back into the city ever since Mayor Daley sent Vallas packing off to Philly.

The $20 million contract is the fourth awarded to Supes since October of 2012. The three other contracts include two for $2 million each and a third for $225,000 for consulting services. In 2011-12, the Chicago Public Education Fund paid for training of Chiefs of Schools and Network Chiefs.


Solomon went on to be a sales associate and then a vice president for the Princeton Review, a test preparation company, and counted CPS as one of his clients.
In 2005, he ventured out on his own and created two companies, one focusing on consulting and the other on web development. In Philadelphia, he marketed the consulting company as using the “Paul Vallas method of school reform.”

Maybe Tozer is just being a team player, hoping UIC gets a subcontract down the road. After all, it doesn't look like Supes has the talent to handle this by themselves.

They could end up like the dog that caught the bus.
Posted by Mike Klonsky at 4:37 PM