Vallas, the master of disaster, takes interim job in Bridgeport 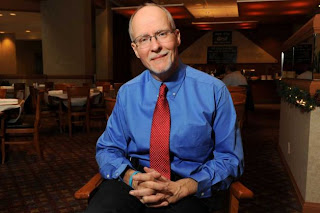 "I am used to taking on great challenges and going into crisis situations," he said. "Our plan is to move fast." --Paul Vallas

I guess his consulting business in Haiti and Chile must have bottomed out. In any event, Vallas has taken a job, offered by his buddy Stefan Pryor in Bridgeport, as the interim superintendent. Look for him to make the best use of him limited time there to decimate collective bargaining, fire teachers in mass, eliminate as many neighborhood schools as possible and replace them with privately-managed charter schools. That's been his MO since leaving Chicago, Philly, post-Katrina New Orleans and post-quake Haiti. He's definitely the master of disaster.

Bridgeport is the state's largest city, whose district has some of the state's deepest poverty and not surprisingly its lowest test scores. Also look for Vallas to give a big no-bid contract to his old Chicago pals at Synesi.
Posted by Mike Klonsky at 11:45 AM

Email ThisBlogThis!Share to TwitterShare to FacebookShare to Pinterest
Labels: Vallas