The real Chicago "miracle" -- Arne Duncan still has a job 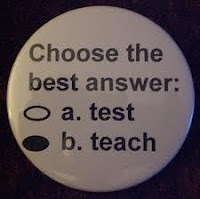 The only miracle emerging from the past decade of Chicago's corporate-style school reform is that former CEO and current Sec. of Education Arne Duncan hasn't resigned from either posts out of sheer embarrassment.

The latest results from the National Assessment of Educational Progress (NAEP) once again put Chicago near the bottom compared to other large urban districts with similar demographics and concentrations of poverty (85% of CPS students live in poverty). Significantly, the biggest drops in reading scores came during Arne Duncan's time as CEO when the media was spinning the myth of a Chicago "turnaround miracle."

A new report on the 2011 National Assessment of Educational Progress taken by 21 big-city districts was the second analysis in less than a month to indicate that, despite more than a decade of massive investments in corporate-style reform, and despite a heavy administrative emphasis on test-prep and big push on  reading skills,  Chicago’s elementary-grade reading performance has barely budged for years. The Sun-Times reports that the so-called "achievement gap"  between white students and black and Latino students— showed no real shrinkage since at least 2003 in fourth- and eighth-grade math and reading. In fourth-grade reading,

The Sun-Times reports however, that "real progress didn’t show up until 2011 — after Ron Huberman took over the Chicago Schools CEO helm in 2009 and shifted the district from Duncan’s emphasis on reading coaches to a new emphasis on data analysis."

I suppose the lesson here is that the real key to progress in school reform is manipulating and spinning data reports (Huberman's specialty) rather than the imposition of programmatic reform. Duncan's success came after he and his media team fabricated the myth of a Chicago turnaround "miracle" which later formed the basis for federal education policy, including Race To The Top.


“The information we had [from state achievement tests] showed [CPS] was showing great success... We weren’t gaming the numbers."

My experience tells me that whenever the spinners claim that they aren't gaming the numbers -- they're gaming the numbers."  If Cunningham has some previously unrevealed evidence of great progress, perhaps he wouldn't mind sharing it with us. Until then, we'll go with the NAEP results.
Posted by Mike Klonsky at 12:05 PM