"Here, finally, is the Barack Obama many of us thought we had elected in 2008." -- Robert Reich 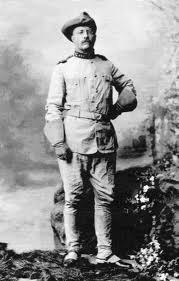 If you had any doubts that the Occupy Movement was impacting the presidential elections, check out President Obama's Osawatomie (Kansas) speech made yesterday as protesters occupied the National Mall. Obama channeled trust-busting Teddy Roosevelt in a rousing bit of populism aimed directly at Wall Street greed and the growing wealth gap that remains the biggest threat to democracy.


Inequality...distorts our democracy. It gives an outsized voice to the few who can afford high-priced lobbyists and unlimited campaign contributions, and runs the risk of selling out our democracy to the highest bidder. And it leaves everyone else rightly suspicious that the system in Washington is rigged against them - that our elected representatives aren’t looking out for the interests of most Americans.

The speech was hailed by liberal economist Robert Reich as "the most important economic speech of his presidency." Reich's in-depth analysis of the speech ends with a most telling statement:


"Here, finally, is the Barack Obama many of us thought we had elected in 2008."

Obama tipped his hat to the occupiers. But in a strange attempt to be balanced, he lumps them together with the T-Party that was the spawn of the very forces the president seems to be criticizing.


Throughout the country, it has sparked protests and political movements - from the Tea Party to the people who have been occupying the streets of New York and other cities.

Okay, I admit that there's not much there there. That's typical of a timid Obama who has always carefully distanced himself from his activist base and from black and Latino communities (except when foot soldiers are needed to turn out the vote). But at least he's recognizing Occupy as a force in other ways besides Justice Dept. phone calls to 18 city mayors, advising them how to disburse the 99-ers from city parks. Hopefully, by next November, any Democratic politicians who hope to get elected will have to at least give positive recognition to OWS and its leadership in the fight against the Wall Street profiteers.

While I'll leave it to the progressive economists like Reich and Krugman to analyze the entire speech, there are many parts of it that are troubling and confusing. One is the "New Nationalism" theme which smacks of saber-rattling (TR's imperialistic specialty). Obama even invokes the Race To The Top theme --not about test-driven school reform this time-- but about global competition with China. The speech offers little hope to those of us who see the Afghan war not only as the main threat to world peace and stability, but as one of the prime sources of the current economic crisis.
Posted by Mike Klonsky at 10:48 AM

Email ThisBlogThis!Share to TwitterShare to FacebookShare to Pinterest
Labels: Obama, OWS, Race to the top