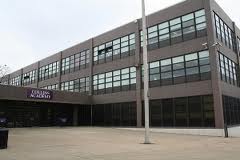 Be sure and read Matt Farmer's excellent Huffington post on Chicago turnarounds. He lays bare the crony relationship between venture capitalist Mike Koldyke's Academy for Urban School Leadership (AUSL) and the mayor. It ends up with AUSL being handed Collins High for their very own.


That's when the money started to roll in. The Bill & Melinda Gates Foundation quickly ponied up $1 million to the heavy-hitters at AUSL for the Collins turnaround effort. That same foundation kicked in an additional $10.3 million for AUSL in 2008, and a chunk of that cash was used for teacher training at Collins...

The results can hardly be called a success.


...No one with press credentials thought to say: "Mr. Mayor, if one-third of that September 2007 freshman class failed to walk across the Collins stage with a diploma in June 2011, can you really say Collins is a successful turnaround?"