Reforms with no merit 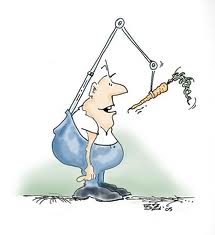 If you need any more evidence that so-called "merit pay" is a crappy idea, here it is, right from the horse's mouth:


New York City’s heralded $75 million experiment in teacher incentive pay — deemed “transcendent” when it was announced in 2007 — did not increase student achievement at all, a new study by the Harvard economist Roland Fryer concludes.“If anything,” Fryer writes of schools that participated in the program, “student achievement declined.”-- Gotham Schools

Over at the teacher-free National Journal, a panel of experts rehashes test score-baed teacher evaluation and the B.S. continues to pile up. Here's more on the continuing saga of Bill Gates, the man who nobody would listen to if he wasn't rich. EPI's Rich Rothstein looks into Bill Gates' claims and finds them to be "misleading" and "demagogic."


"It is remarkable that someone associated with technology and progress should have such a careless disregard for accuracy when it comes to the education policy in which he is now so deeply involved." -- National Journal

A much better discussion--"Why blame the teachers?"-- is taking place at, NYT's Room For Debate featuring some bright lights like Pedro Noguera, Jeff Mirel, and Diane Ravitch, to name but a few. And to offer the view from far right field is AEI's hired gun Rick Hess who's basically arguing -- teacher bashing? Where? What? I don't see any teacher bashing.

Ravitch says, "It all started with No Child Left Behind" and she ought to know. Noguera warns: "If measures are not taken quickly to slow down the push toward sweeping, ill-conceived reforms, the damage could have long-term consequences for American education."

Michigan prof, Mirel, who anticipated Ravitch's book some 20 years ago, with "The Rise and Fall of an Urban School System: Detroit, 1907-81, sums it up nicely:


"Recent right-wing attacks have described teaching as a “part-time job” or a glorified form of “baby-sitting.” This characterization of teaching is simply wrong, and the initiatives that it supports -- cutting salaries, benefits, tenure and collective bargaining -- are maliciously wrong."