Sunday’s Washington Post (“Overhauling D.C. School Overcome by Violence”) offers a snapshot of Michelle Rhee’s nightmarish version of top-down school reform. Hart Middle School in one of D.C. poorest and most isolated communities, has fallen victim, not only to the district’s inequitable distribution of school resources, under-funding, and under-staffing, but to Rhee’s shock-and-awe reform policies as well.

Interviews with teachers, parents, students and police paint a picture of a troubled school that, far from hitting bottom with its placement on "restructuring" status, has fallen into an even deeper hole. It is overenrolled and understaffed and lacks the extra academic support promised by Rhee, teachers said.

Another reason why Klein shouldn't be Sec. of Ed.

New York City officials violated state environmental law when they began building a school complex on a contaminated site in the South Bronx without first coming up with a plan to ensure that students and the public would not be exposed to pollutants in the future, a state judge has ruled.

Hunting down liberals in academia

Wing-nut think tanks like AEI continue rooting out university liberals and left-wingers. But researchers disagree with their basic premise:

No one disputes that American academia is decidedly more liberal than the rest of the population, or that there is a detectable shift to the left among students during their college years. Still, both studies in the peer-reviewed PS, for example, found that changes in political ideology could not be attributed to proselytizing professors but rather to general trends among that age group. 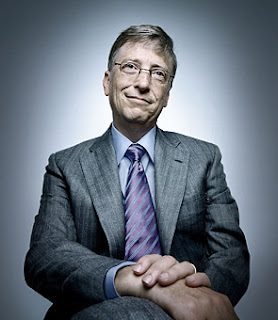 The global economy may be going to hell but the Gates Foundation says it’s got so much money, it has trouble spending it fast enough. An installment on Warren Buffet’s massive contribution to the fund, will bring in $1.8 billion that must be spent in 2009. Still, Gates only gives away 5% of its assets each year and with the other 95% invested in the market, the foundation is bound to feel the effects of the downturn. The Seattle Times reports that:

Next year's installment of Buffett's gift could reflect the market downturn, since the gift comes in the form of Berkshire Hathaway B shares. On Friday those shares were down by about 18 percent from the same time last year. The value of the Gates Foundation endowment was also down to $35.1 billion in October from $35.9 billion in June.

With school district budgets collapsing, power philanthropists like Gates, Broad and Walton will most likely increase their influence over public education policy and leverage their control over school reform projects even as their investments fail in other areas.