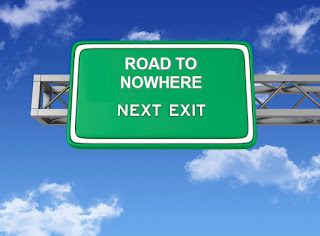 Sneed this morning on...


Dem presidential loser Hillary’s Clinton’s new book, “What Happened,” which details an intimate view of her disastrous campaign, blasts and blames everyone . . . including herself.

And a disastrous campaign it was. Hillary turned out to be the worst possible candidate, although Dem leadership will never admit it. They're content to blame the November debacle on Putin/Sanders/Stein, an analysis that leaves them on the road to nowhere in 2018-2020.

I wonder if the book will hold accountable her top (all-white) campaign strategist/pollster team of Podesta, Mook, Benenson, Anzalone, Binder & Co., who somehow thought it was a great idea for her to bash young Sanders voters and then hang out in Arizona the last week of the campaign.

She ended up winning the national popular vote by 3M only to lose WI, MI and PA by a combined total of 77,744 votes and there's a sociopath with his finger on the nuclear button in the WH. The consequences of Dem arrogance and entitlement.

Speaking of same old, same old... it looks like Dem leaders in IL are all-in behind billionaire J.B. Pritzker in the party primary.

“It’s simple. Pritzker has the financial wherewithal to mount a vigorous campaign against Gov. Bruce Rauner, who has limitless money to fund his re-election campaign,” the source added.

Makes perfect sense in a way, since there's little to separate the rest of the Dem primary pack from J.B. besides the size of their war chests in this, likely the most obscenely expensive gov's race in history.

Saw some progressive Chicago educators scratching their heads yesterday over the mayor's sudden, apparent support for vouchers. Rahm himself has played his cards close to the vest, since his not-so-secret meeting with Ed Sec. Betsy DeVos back in April. We wouldn't have known about their meeting, were it not for a recently released cache of Rahm's private emails that reveals he had been open to discussing a controversial voucher-like program that could divert millions of taxpayer dollars to private schools.