Trump's speech heralds a continuation of eternal 'war on terror' 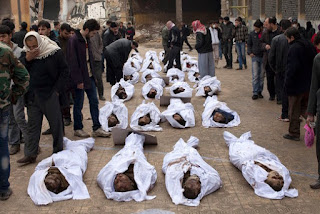 Someday, after an effective military effort, perhaps it will be possible to have a political settlement that includes elements of the Taliban in Afghanistan, but nobody knows if or when that will ever happen. -- Donald Trump on eternal war

Since this blog is supposed to be mainly about education politics, I feel it necessary to reiterate -- war is the mortal enemy of education. Case in point: The greatly underestimated 16-year Afghan war price tag currently stands at $1.72 trillion.

I know. I know. A trillion doesn't go as far as it used to. But still, that's enough to fund the Chicago Public Schools for the next 300 years, with enough left over to resolve the pension crisis, provide handsome raises for teachers and staff and replace all outworn facilities.

Trump's speech last night never mentioned the assumed cost in human lives and treasure of his "plan" to escalate and continue the war indefinitely. He also never uttered the words, North Korea, Syria, Yemen, or Venezuela. Oh yes, those were last week's wars. The generals, it seems, love the Afghan war because it drags on indefinitely with minimal political fallout and no big domestic anti-war movement to worry about.

Trump offers no rhyme or reason for his grand campaign flip-flop except to blame it on the generals. He seems to recognize (or if he doesn't, he should) that war in Afghanistan is a no-win proposition, as all previous invading imperialists and colonialists have learned the hard way.

The Trump escalation is essentially a continuation of the Bush/Obama plan to keep enough troops and mercenaries in country to keep from "losing," and to prop up the corrupt drug-dealing regime in Kabul. But there is one added dimension -- Trump's naked attempt to provoke a new war between nuclear-armed India and Pakistan.

Unlike the neocons and Clinton Democrats, Trump says he's not a "nation builder" trying to force U.S.-style democracy (such as it is) on Afghanistan.


I share the American people’s frustration. I also share their frustration over a foreign policy that has spent too much time, energy, money, and most importantly lives, trying to rebuild countries in our own image, instead of pursuing our security interests above all other considerations. [So therefore, I will continue the policy indefinitely.]

We are a partner and a friend, but we will not dictate to the Afghan people how to live, or how to govern their own complex society. We are not nation-building again. We are killing terrorists.

Trump's speech is also a break from former adviser Steve Bannon's populist wing (that correctly refers to it as "unlimited war," and compares Trump's strategy to that of former President Barack Obama) and the Republican Party's libertarian isolationist wing.

As for the Democrats, there was hardly a token peep out of them. The top Democrat on the Senate Armed Services Committee, Sen. Jack Reed of Rhode Island criticized the speech as "too vague." Ouchie!  Nancy Pelosi said the speech was "low on details but raises serious questions." Sizz! What else could they say? Trump was echoing their own war policy under Obama.

So what did a politically isolated Trump have to gain by going on national TV with his escalation plan? One explanation is that he's trying to shake his image as a KKK, white supremacist apologist by cynically claiming that war and militarism brings the races together.


The men and women of our military operate as one team, with one shared mission, and one shared sense of purpose.They transcend every line of race, ethnicity, creed, and color to serve together — and sacrifice together — in absolutely perfect cohesion.

What a load of crap! The very same racist and pro-fascist forces who invaded Charlottesville last week often find a comfortable sanctuary within the U.S. military in Afghanistan, Iraq and other battlefields. Thas has been well documented, including in this piece by the Guardian's Matt Kennard.


The neo-Nazi movement has had a long and tense relationship with the US military. Since its inception, the leaders of the white supremacist movement have encouraged their members to enlist. They see it as a way for their followers to receive combat and weapons training, courtesy of the US government, and then to bring what they learn home to undertake a domestic race war.

With his poll numbers plummeting into the low 30s, DT hoped to take Charlottesville off the front page and rally the nation around war patriotism. Why not? It's always been, as Samuel Johnson put it, the last refuge of a scoundrel. It may buy him time. I doubt it.
Posted by Mike Klonsky at 2:27 PM